As per the study, the media industry is projected to witness a 25 percent increase in revenue in 2021 to reach Rs 1.73 trillion, covering up for the losses suffered in 2020. 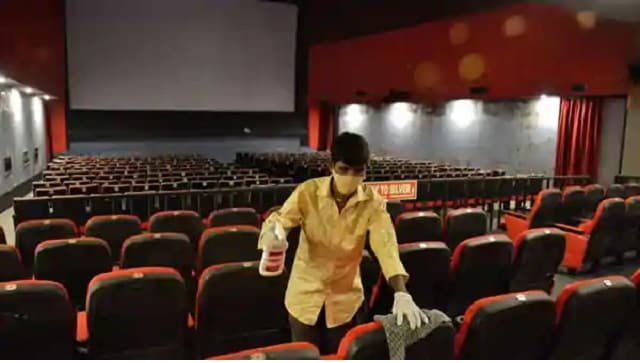 Image from Press Trust of India

The year 2020 saw one of the biggest global shutdowns of the entertainment industry. The impact of this worldwide film and TV production shutdown was perhaps felt nowhere more than in India, where the world’s most prolific film industry was forced to go on a hiatus. India is the second-largest television market in the world. It has a large broadcasting and distribution industry with approximately 900 satellite T.V. channels, 6,000 multi-system operators, around 60,000 local cable operators, and 7 D.T.H. operators. We also have close to 2,500 multiplexes across the country.

Unlike other sectors, Entertainment and Media industries have also faced unprecedented turbulence in the pandemic. According to F.I.C.C.I. and E&Y Report, the industry fell 24% in the pandemic. Television channels must go on, and their viewership witness spike, as people are primarily at their home and T.V. sets or mobile phone was the only way to connect with the outer world. Unfortunately, this did not result in a similar increase in revenue. Every segment has witnessed a decline in revenue except digital and online gaming. According to the study of EY, digital media had overtaken print, and online gaming had overtaken the film entertainment segment in 2020.

Last year few movies had to pull out from the theatre and eventually released on the O.T.T. platform. However, many big-ticket films from mainstream and regional languages have also been delayed because various state governments ordered to close the Cinema Hall. When the prime minister announced nationwide lockdown sealed the fate of several projects, which directly impacted daily technician and marginal workers employed in the art, commerce, and light department who were dependent on industry for their livelihood.

Not only the film industry, but even the event industry has also suffered a lot, approx. 10 million people were affected by the crisis. M.I.C.E. (meetings-incentives-convention-exhibition) is a 500,000-crore market including organised and unorganised sector put together, and COVID-19

is responsible for impacting job.

As per the study by EY, the media industry would grow 25 percent this year to reach Rs 1.73 trillion, covering up for the loss suffered in 2020. The study says the market would cross the Rs 2.2-trillion-mark by 2023, growing at a compounded annual growth rate of 17 percent.

Industry players don’t have any other option except experimenting with digital and virtual space, giving new exposure to them.

OTT entertainment platforms gain acceptance in Covid times Life will be marked as the ‘pre-covid’ era and ‘post -covid’ era when travel and other restrictions forced people to adjust to a new world and consumer behaviour is rapidly evolving. As a result, there is an ever-increasing demand for the O.T.T. platform, which is expanding to new demographics and locations. It coupled with the continued proliferation of internet users with cheap data and smartphones led to a rise in subscriptions.

Abhishek Singh, Founder of CelebBazaar, highlighted, “Yes, the pandemic has affected all the industries, but on a positive side, for the entertainment industry, it has accelerated the subscription trend (of O.T.T. platforms) because of increased in-home spending. Subscriptions for top O.T.T.s grew by 55-60 percent as has many of them also made inroads into tier two, three and even four cities.” he further added on the current scenario “As a consequence of this lockdown revenue from this industry was hit big time. The annual box office earnings of Bollywood stand at a little over Rs 3,000 crore, but in the year 2020, it was around Rs 500-600 crore only.” Abhishek said Varun Bansal, Founder and C.E.O. of Limelight Entertainments, highlighted how the event industry has taken a hit, and people from top to bottom are affected “Naturally, one of the worst affected by the pandemic was the events industry. 2020 saw the cancellation of many prominent festivals, sporting events, exhibitions and concerts in an effort to slow the spread of the virus. The restrictions imposed due to the pandemic have also impacted private events, bloodwood movie promotions, movie shootings and celebrity appearances.

Future of media and entertainment industry Given the current scenario, it is understood that the time is ripe for O.T.T.s, even in 2021 when people are still hesitant to go to theatres. “The film industry went through an entire industry shift when O.T.T. platforms bypassed the theatrical release of a film and started releasing mainstream Bollywood films on their platforms. This trend is going to continue as people are still wary of going to the theatres,” said Abhishek Singh, Founder CelebBazaar. While the future prospects are in favour for O.T.T.s, not all hope is lost for multiplexes. “Watching a movie in a multiplex is an immersive experience. Multiplexes have to communicate this message very assertively while taking care of the safety norms,” said Abhishek.

“I can never believe whatever has happened,” Hiba Nawab on rape allegations on Pearl V Puri : Bollywood News – Bollywood Hungama

From The Office to Ted Lasso: How storytelling on TV saw a shift from irony to sincerity-Entertainment News , Firstpost

Warner Bros to release The Suicide Squad on 5 August, The Conjuring 3 on 15 August in India: A round-up of film and TV announcements-Entertainment News , Firstpost