In 2019, when Sandeep Ranade attended the Worldwide Developer Conference in California and saw the kinds of apps winning at the Apple Design Awards, he put off the idea of one of his own apps winning anything of the sort. But now, the Pune-based developer-singer-songwriter is sitting with one of these awards for his Artificial Intelligence Indian Classical music app NaadSadhana. “I haven’t slept since they announced the award on June 10,” laughs Sandeep over the phone.

During the first week of June, as Worldwide Developer Conference 2021 (WWDC21) kicked off and the finalists for the Apple Design Awards were announced, his AI Classical Music app was featured in the Innovation category, along with Riot Games’ League of Legends: Wild Rift. It has been a week of disbelief and happiness for Sandeep, who is also a musician of the Mewati gharana and a disciple of the late Pandit Jasraj, having been taught by Shobha Abhyankar and Anjali Joglekar-Ponkshe.

NaadSadhana has gone through many waves of evolution since its launch in April 2018. A friend of Sandeep’s was a Classical music student and needed help vocalising, but they both discovered her notes were far off from what they should have been. Weeks later, Sandeep hunted for an app that would help his friend get her tuning right.

“There were apps for guitar tuning but it is very difficult to analyse something as complicated as the human voice. This – iOS, vocal analysis – was not my expertise, but I wanted to get into it to help my friend and potentially others too. In a month, I had a simple working tuner tool and then I started working on the Indian-style tuning for our Hindustani and Classical music. I gave her the app and within two weeks she was at a score of 85% and stayed there. So I put NaadSadhana on the App Store,” he recalls.

He moves on to discussing his need for “an app that accompanies me as I sing to help the overall ambience of concerts and practise sessions. So I wanted it to play the swaramandal which is painful to tune because of its 40 strings and each of these strings has to be tuned for a specfic raag. I also did the same for the tabla, by creating a separate tabla button.”

Soon, he got a call from Apple in Bengaluru who wanted to discuss the app, so Sandeep sat down with a few of their technical UI team who helped with a bit of course correction here and there. He also got to do a demo of NaadSadhana with Apple’s Platform Experience and Design Evangelism Manger Mike Stern.

Other features in NaadSadhana include harmonies, taking the app into various music genres such as Western, Bollywood, Semi-Classical, Devotional and Fusion to name a few. “This required automatic chord and backing tracks for piano, violin and harmonium – this was another problem area because in a raag, you are constrained by what can happen to the notes in melody,” he says, pointing out the AI had to be top-notch for contextual analysis, “But when you sing a song that doesn’t have to adhere to a raag, then it can get into any melody or scale at any point. The app has to make sure it doesn’t play something incorrect, yet it has to play as well as it can given the context it is analysing.” 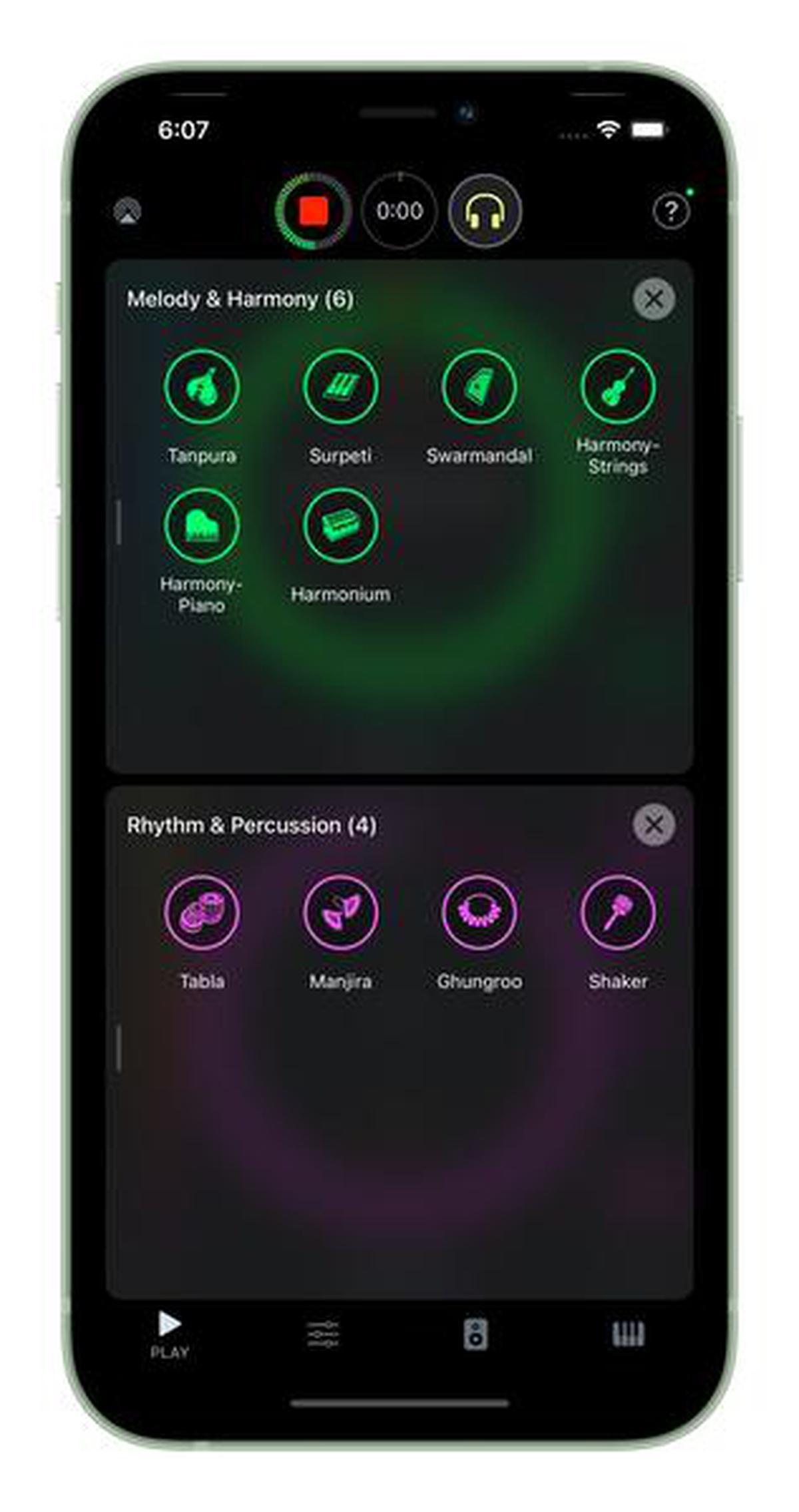 Sandeep also added multi-track recording to the app where one can record 12 tracks simultaneously. The app also has a mini mixing studio to make for easy bouncing and publishing. Sandeep says updating the app’s repertoire with more percussion instruments, multiple raags and taals – it is a never-ending experience, says Sandeep.

A new lease on life

NaadSadhana saw a new chapter of changes when Sandeep decided to rewrite the app from scratch using SwiftUI, about six months ago. He waited till the software matured a bit before starting. “It allowed me to work much faster and at a greater scale. I released two taals for ghazal singers: a ghazal dadra and ghazal keherwa which require a new level of AI,” he explains, “There were already 30 to 40 pieces of AI for each of these instruments, but I needed a conductor-level Artificial Intelligence to ensure these instruments played well together even when you turn everything on.”

During the lockdowns of 2020 and 2021, people upskilling and wanting dive into cultural arts were using NaadSadhana for tuning and creating music as instruments are expensive. And the timing was serendipitous as Sandeep released the new build of the app with all these features two days before Apple announced the finalists for the Design Awards.

This year at the WWDC21 keynote, Apple CEO Tim Cook announced two new features for the programming community: Xcode Cloud (which accelerates the development and delivery of high-quality and high-volume apps by bringing together cloud-based tools) and TestFlight (letting developers test beta versions of their apps on iOS, macOS, tvOS and watchOS).

Sandeep is looking forward to using these for NaadSadhana to ensure his hardware is not bogged down by the activity. The app is an iOS exclusive, though. There are two reasons for this, he says.

“There are hardware-level complex building blocks in every Apple device made available in a simple way, to help developers further build complex structures such as high-volume apps in a short amount of time,” comments Sandeep who has been an engineer at both Microsoft and Google. “The other issue is the high-latency of audio of Android (20 to 200 milliseconds) and the low-latency of iOS. I sometimes process 25 parallel tracks at native resolutions at high speeds, and this requires a lot of analysis, computing of responses on each instrument, ensuring the real-time nature of the instrument play. If it is even a millisecond delayed, the tabla will feel jittery and the swaramandal terrible – the overall snappiness of the app will go for a toss. As a musician, your mind has moved onto the next part.”

What else is on Sandeep’s app bucket list? He responds, “I want to explore AI in music to the furthest extent. But I would also like to take it into health, spatial audio and mindfulness which I’m interested in, and from which many people can benefit. I’m sure I’ll find new problems to address as new tech comes along; I can’t wait to see where it takes all of us.”

“I can never believe whatever has happened,” Hiba Nawab on rape allegations on Pearl V Puri : Bollywood News – Bollywood Hungama

Turning the spotlight on emerging artistes

Watch | This New York-based family of guitarists have fans worldwide

Is the time-raga theory still relevant in Hindustani music?

Working in ‘Malik’ was like telling a story through music, says Sushin Shyam

A documentary pays tribute to an artiste and teacher

Jeanne Merchant is back with an original composition

In memory of Guru Semmangudi